According to SamMobile and GalaxyClub, citing industry sources, Samsung is currently developing two new Exynos chips. One of these new Exynos chipsets will serve for flagship smartphones, while the other will boast mid-range smartphones. The flagship chipset bears a codename very similar to the one used with the Exynos 2200 that is currently available on the Galaxy S22 series. We assume that the new chipset will carry Exynos 2300 moniker and will debut alongside the upcoming Samsung Galaxy S23.

The new high-end chipset carries the codename S5E9935, the Exynos 2200 bears the codename S5E25. So, we can conclude that this chipset will have Exynos 2300 moniker in the next year. If you note, the Exynos 2200 was launched along with the Samsung Galaxy S22 series. Therefore, we may see the Galaxy S23 series debuting a new Exynos 2300 SoC. The Samsung Galaxy S23 series will debut sometime in the first quarter of 2023. Unfortunately, information on this chipset is still very scarce. The phone will come with an improved AMD Xclipse GPU version. For now, we don’t have much info about the following year’s flagship chipsets. They’ll probably use a new 3 nm manufacturing process. 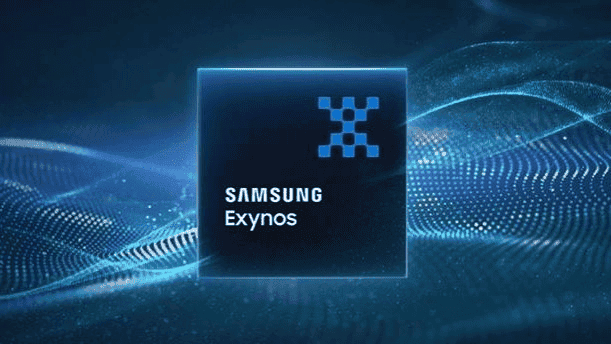 The Exynos 2200 comes with a 4 nm architecture and ARMv9 cores. There is a single ARM Cortex-X2 core, 3 x ARM Cortex-A710 cores, and 4 x ARM Cortex-A510 cores. The GPU will undoubtedly see an improvement, although, the Xclipse GPU had a lot of hype around but didn’t get much attention in the market. The availability is super limited.

The report also brings info about the new S5E8535 chipset. For now, there is no way to identify this chipset. Perhaps it will be a sequel for the Samsung Exynos 1280 SoC that boasts devices like the Samsung Galaxy A33 and the Samsung Galaxy A53. Another possibility is that the new processor is a new low-end option for Samsung smartphones. Samsung is reportedly trying to reduce the dependence on third-party chip makers. For that, the company needs to have Exynos offerings in all three classes of the smartphone market.

Samsung has doubts to overcome with its new chip

Considering the Exynos 2200 and Exynos 1280 it’s hard to have any hype around the next Exynos chips. The Korean firm is surrounded by controversies due to heating problems and also for manipulating the results of benchmarking platforms. Qualcomm used Samsung’s manufacturing prowess for the Snapdragon 8 Gen 1 SoC but now regrets it. As a response, it moved to TSMC and launched the new chip as Snapdragon 8+ Gen 1 SoC. Considering the number of phones rumored to come with this chip, Qualcomm is doing everything within its reach to make OEMs pick the SD8+ Gen 1 rather than the vanilla. The Exynos 2200 is even weaker than the SD8 Gen 1.