China and the U.S. are still fighting a salient “war” that not many people talk about. This “war” now happens basically in the trade and technology sectors. China and the U.S. had serious trade issues which they are still trying to tackle. On the technology end, many Chinese company can participate in the U.S. 5G construction. In fact, the U.S. has been blacklisting multiple Chinese companies most notably Huawei and ZTE. In all of these, the U.S. pins its actions on protecting “national security”. It appears that China will now play the “national security” card. Unfortunately, Elon Musk’s Starlink is at the hub of it. According to recent reports, Chinese military researchers are calling for a “hard kill” weapon. They need these weapons to terminate Starlink satellite system if it threatens China’s national security. 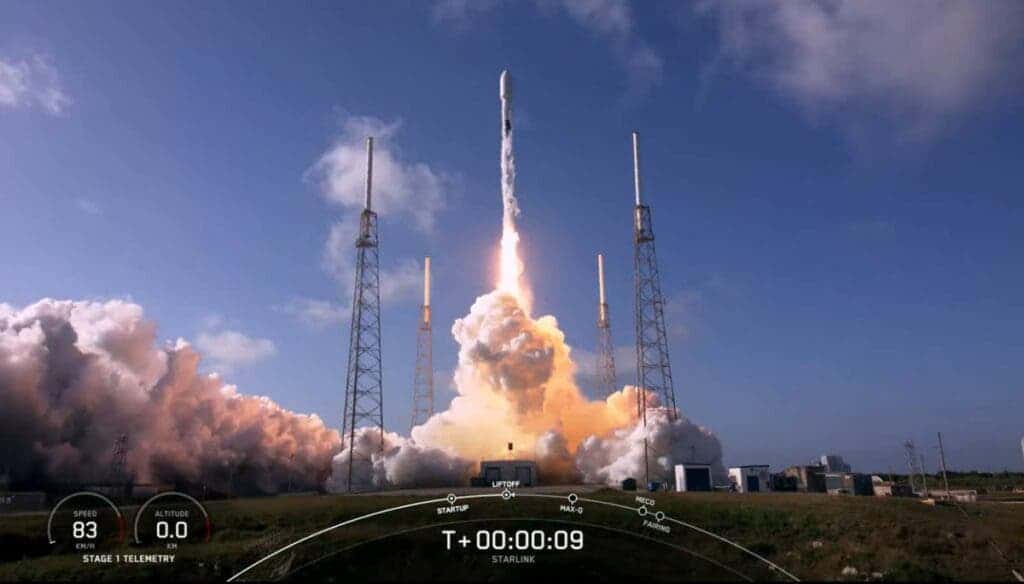 According to the researchers, Starlink has a “huge potential for military applications”. Thus, they recommend countermeasures to surveil, or destroy the growing satellite megaconstellation. The original manuscript is in Chinese. However, you can get a translated copy of the paper published in the journal China’s Modern Defence Technology here.

Elon Musk’s SpaceX is in charge of Starlink which is a broadband satellite internet network. It provides internet access to users irrespective of their location (anywhere globally). However, to use the Starlink network, the user will need access to a Starlink satellite dish. Back in 2019, the company launched its first satellites. Since then, it now has no less than 2300 satellites in low-Earth orbit worldwide. However, the company is planning to form a gigantic megaconstellation with no less than 42,000 satellites. China does not like this and will seek to stop it.

Specifically, the researchers have concerns about the military capacity of this constellation. According to them, the U.S. will eventually track hypersonic missiles with this system. It will also boost U.S. military capacity and transmission speeds of U.S. drones and fighter jets. Furthermore, this megaconstelation could be a threat to Chinese satellites.

Led by Ren Yuanzhen, a researcher at the Beijing Institute of Tracking and Telecommunications said “A combination of soft and hard kill methods should be adopted to make some Starlink satellites lose their functions and destroy the constellation’s operating system,”. These are two different types of space weapons. Hard kill will be more direct, physically destroying the satellites with missiles. Soft kill is less direct and more subtle, involving the use of jamming and laser weapons.

However, the researchers do not have confidence in the methods above. They claim the methods are only effective against individual satellites. Nevertheless, they will have little or no effect on Starlink’s system.

“The Starlink constellation constitutes a decentralised system. The confrontation is not about individual satellites, but the whole system,” the researchers wrote. They recommend “low-cost, high-efficiency measures” to attack Starlink system. However, they did not specifically mention the measures.

We can all imagine why China has concerns over Starlink military links. Recall that just two days after the commencement of the Russia – Ukraine crisis, Mykhailo Fedorov, Ukrainian Vice Prime Minister wrote on Twitter asking Musk to deploy more Starlink satellites to Ukraine. At the moment, SpaceX has so far deployed over 12,000 Starlink satellite dishes to Ukraine. Furthermore, “all critical infrastructure [in Ukraine] uses Starlink.”

Dmitry Rogozin, the director of Roscosmos, director of the Russian space agency, claims that Elon Musk will be held accountable. He claims that Musk supplies “militants of the Nazi Azov Battalion” with “military communication equipment”. According to Musk, there have been several attempts to jam Starlink signals from Russia. Elon also posted  on Twitter, “If I die under mysterious circumstances, it’s been nice knowin ya.”

A direct missile attack on the Starlink satellite will not be ideal for China. This is because of the risks that it poses. Direct missile attacks will create hazardous conditions for all nations operating in space including China. Furthermore, explosions in space are very dangerous because of the debris (thousands of them) which could fall anywhere. A single piece of debris could be as large as a basketball and could also be as small as a grain of sand.

Bringing down satellites is very complex

All the explosions in space have had very negative ripple effects and nobody wants that, not even the U.S. Certainly not China or even Russia. According to reports, all the explosion tests in space by the U.S., China, India, and Russia have all created space junk. Subsequently, some of these countries had to ban such tests. However, a few months ago, Chinese scientists claims to have a way to avoid the debris problem. Their method claims to have a pattern of containing the debris by packing the explosive device in a satellite exhaust nozzle. Thus, China claims it can blow up the satellite without creating a mess with the debris.

A report from the U.S. Department of Defense claims that China’s technology on satellites since 2019 is now doubled. While the U.S. has 2944 satellites (2300 are Starlink’s), China is second globally with 499. Although China is still a far cry from the U.S. in terms of satellites, the U.S. will not like the speed of Chinese development.