The Asus ROG Phone 6 series smartphones will be available on Flipkart. Alternatively, you can purchase it from the official Asus online store. The two handsets boast an impressive array of features and top-end specs. In fact, the ROG Phone 6 is the first gaming smartphone to carry an IPX4 rating. The ROG Phone 6 series sports an AMOLED panel with a 165Hz refresh rate. For optics, it houses a 50MP Sony IMX766 camera. Further, Asus will be doling out OS and security updates on the new handsets for two years.

The ROG Phone 6 comes in Storm White and Phantom Black color options. Moreover, the smartphone will set you back INR 71,999. Likewise, the ROG Phone 6 Pro will be available in a Storm White color option. The Pro variant carries a steeper price tag of INR 89,999. Now, the ROG Phone 6 series has impressive specifications. To recap, the ROG Phone 6 had acquired spectacular scores on the Geekbench benchmark. Also, the device adopts an awe-inspiring design featuring a mammoth 6.78-inch AMOLED panel. 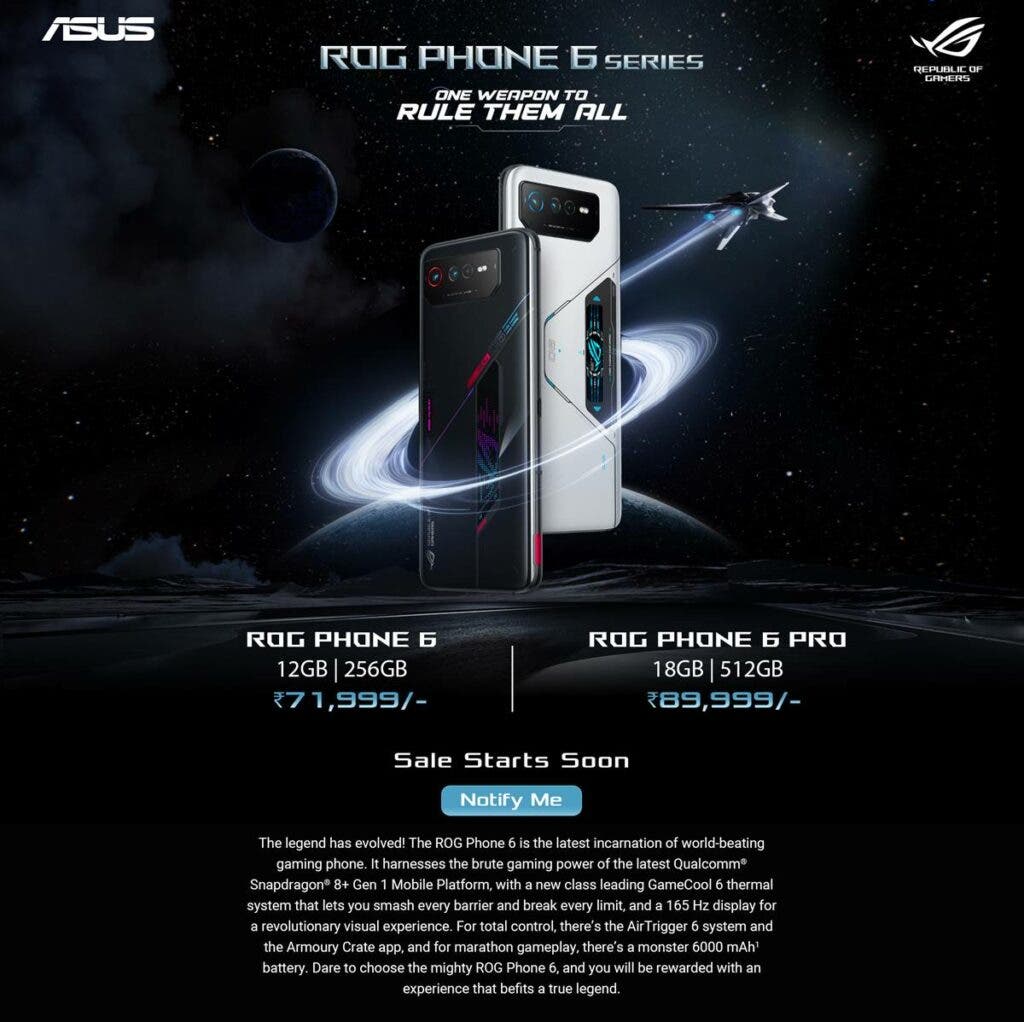 The screen delivers a high resolution of 2448×1080 pixel resolution. Moreover, it supports a 165Hz refresh rate, HDR10+, and 395PPI. The phone comes with a Pixelworks i6 Processor. Also, it has a layer of Corning Gorilla Glass Victus on top. Under the hood, the phone packs a Qualcomm Snapdragon 8+ Gen 1 processor. A 6,000mAh battery unit with up to 65W HyperCharge support powers up the system. Further, the handset ships with 12GB of RAM and offers 256GB of internal storage.

The ROG Phone 6 has three cameras on the back. First off, it features a 50MP SONY IMX766 primary camera. It also has a 13MP ultra-wide lens and a macro camera on the back. Upfront, the phone houses a 12MP shooter for selfies. Lastly, the phone runs Android 12 OS with ROG UI and Zen UI on top. 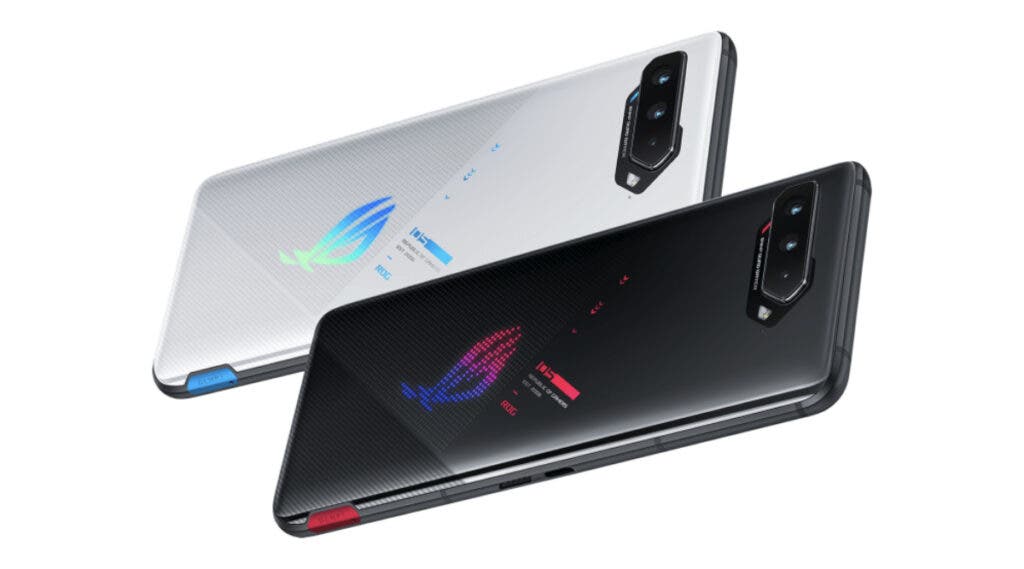 The ROG Phone 6 Pro features a 6.78-inch AMOLED panel with Full-HD resolution. It gets a Pixelworks i6 Processor, and 2.5D Corning Gorilla Glass Victus. The rear panel houses a ROG Vision color PMOLED screen. Further, the handset uses a Qualcomm Snapdragon 8+ Gen 1 processor. Also, the Pro model draws its juices from a 6,000mAh battery. This cell supports up to 65W HyperCharge. It gets 16GB of RAM and 512GB of internal storage as well. The ROG Phone 6 Pro has a triple rear camera setup. It has a 50MP SONY IMX766 primary camera.

Moreover, the phone has a 13MP ultra-wide lens and a macro camera. For selfies, the Pro model uses a 12MP front shooter. The phone runs Android 12 OS based on ROG UI and Zen UI.