At the latest Apple new product launch conference, the iPhone 14 series caused a stir. The Pro line models came with the most powerful A16 Bionic chips and an upgraded 48MP camera. Due to them, the entire series could win customers’ hearts. Now, they are selling like hotcakes. The problem Apple faces is not sales but production and stocking. Because of various reasons, the iPhone 14 Plus suffered the most. But it seems we will still see the follow-up model, the iPhone 15 Plus, next year.

Generally, the iPhone 15 series will include four models. In terms of positioning, nothing will change. But the Cupertino-based company will rename the iPhone 15 Pro Max to the iPhone 15 Ultra. However, we won’t focus on this because it’s a matter of taste. 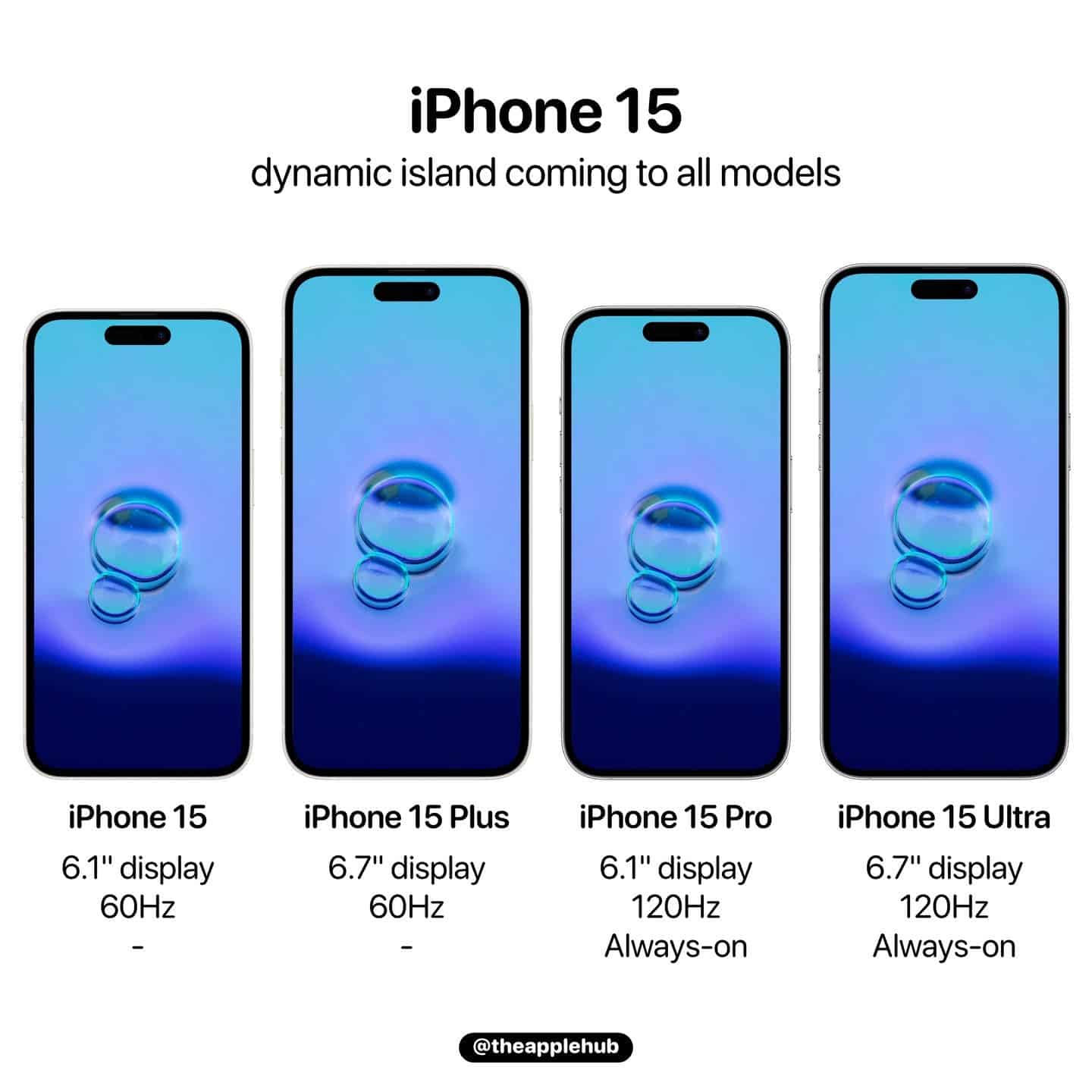 What’s more interesting, from the photo above, we can see that all four models will use Dynamic Island. Yes, this feature went viral. And we think Apple and Android smartphone makers will use this in the upcoming models.

Prior to this, we heard that the iPhone 15 series might cancel the physical buttons and use a stainless-steel frame. However, rumors exist that the company won’t bring camera hardware upgrades to the Pro models. Frankly, Apple doesn’t like making many improvements in appearance and hardware. Instead, it increases the processor power and improves iOS. In effect, these two make the new iPhones perform better.

However, there is still a lot of time before this series comes. So that’s logical that we hear various rumors at this phase. But none of them could appear on the final models.