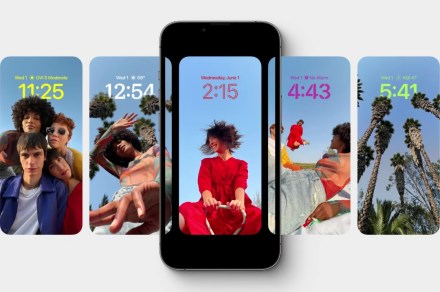 Apple’s Worldwide Developers Conference (WWDC) keynote landed on Monday in the form of a video that lasted almost two hours.

The tech giant unveiled a slew of new stuff, including updated operating systems that bring new and exciting features to its range of devices, together with a new MacBook Air and upgraded MacBook Pro.

Aware that some folks just don’t have a spare two hours to sit through the entirety of Apple’s presentation, the tech giant has helpfully squeezed much of it into a video lasting just over three minutes.

Compared to the full keynote, the edited version does away with Apple CEO Tim Cook’s intro and outro, and greatly reduces the amount of screen time given to Craig Federighi’s perfectly coiffed hair, instead preferring to focus solely on the new stuff. Check it out below:

As you can see, the video kicks off with iOS 16, the latest mobile operating system coming to iPhones (though not all iPhones) later this year. It means new features for the lock screen, Messages, Photos (check out the cool image isolation tool), Maps, and more.

The video quickly shifts to some of the new features coming to the Apple Watch — including heart rate zones and a bunch of new watch faces — before moving onto M2, the next generation of Apple Silicon. This links neatly to the new-look MacBook Air, which incorporates the M2 chip, as does the upgraded MacBook Pro.

Blink and you’ll miss the overview of the latest MacOS, Ventura, which offers major upgrades to Spotlight and includes the all-new Stage Manager for a faster way to switch between windows and apps, while the new Continuity Camera feature lets you use your iPhone as your webcam “in ways that were never possible before,” according to Apple.

The video also introduces iPadOS 16, and mentions some of the new ways that Apple is seeking to help developers. Finally, the edited version of the keynote closes with a nod to the winners of the 2022 Apple Design Awards, which celebrates the best in app and game design.

For more information on everything revealed by Apple during Monday’s keynote, Digital Trends has you covered.