Earlier this week, we met the much-awaited Apple M2 chip. It is 26 times more powerful than the Intel Core i5 chip. Also, this is only the second generation of Apple’s M-series chips. So the new Mac and iPad products have got their first major upgrades in terms of hardware and performance. What’s more interesting is that a new chip from this series is already in the works. 9to5mac quoted an analyst Jeff Pu of Haitong Intl Tech Research, who said that TSMC will begin mass production of the more powerful Apple M2 Pro chipset later this year. 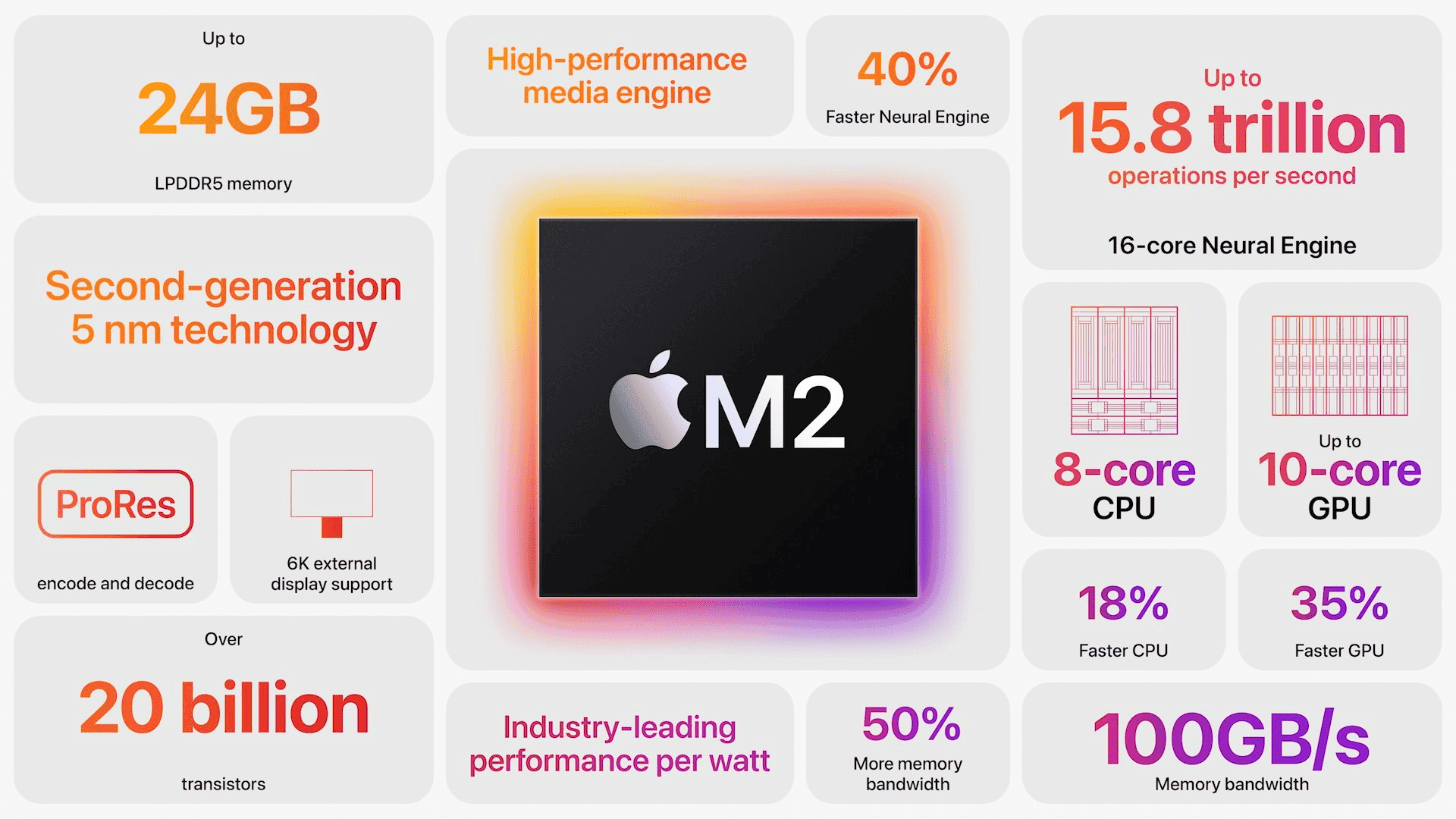 This news reveals two kinds of information. First, the Cupertino-based company is already working on a new chip. Second, Apple will continue to use TSMC’s manufacturing process. And though there is no concrete information, we guess the analyst is talking about the 3nm process node.

Apple M2 Pro With 3nm Is On The Way

[Usually, when talking about the chip specifications, we emphasize the manufacturing process. But we guess many of our readers are unfamiliar with it. In fact, a nanometer represents the distance between its transistors. Logically, the smaller the distance, the better the performance. In this regard, the current Apple M2 chip uses the same 5-nanometer process as the M1. So there is no improvement. But as said, it’s much faster than its predecessor. According to Apple, the new M2 provides an 18% faster CPU performance than the M1; the graphics performance is 35% better due to a new deca-core GPU. Do you imagine what a beast will be the Apple M2 Pro built on a 3nm process?]

By the way, much earlier, the same media said that Apple was working on a new Mac mini. The latter ought to come with the yet-to-be-announced Apple M2 Pro chip. Apart from this, multiple reports said that it’d been developing even more powerful chips for the long-awaited Apple Silicon Mac Pro. If nothing else, it should be the Apple M3. The latter will appear in end products not sooner than Q3, 2023. It will be using TSMC’s 3nm process as well.

This time, Apple has also been working on another new Mac mini (codenamed J474) that features the M2 Pro chip – a variant with eight performance cores and four efficiency cores, totaling a 12-core CPU versus the 10-core CPU of the current M1 Pro.

Lastly, Pu also hinted that there will be a new iPad with a 3-nanometer chip. If so, Apple’s tablets will see no rivals again.