Earlier today, well-known Apple analyst, Ming-Chi Kuo said that Apple’s 5G chip development may have failed. This means that the 2023 iPhones will still use Qualcomm chips. In fact, the American chip maker will still get 100% of Apple’s orders. According to previous reports from Kuo, Apple’s 2023 iPhones would use Apple-designed modem chips instead of Qualcomm chips. Furthermore, Otakara, citing sources from the industry chain claims that Apple has actually been developing its own baseband. However, this is a very long project. The source did not entirely describe it as a failure because it needs more time. The original plan is to use this chip in 2023 but this did not survive. Otakara claims that this is a delay in the production process. 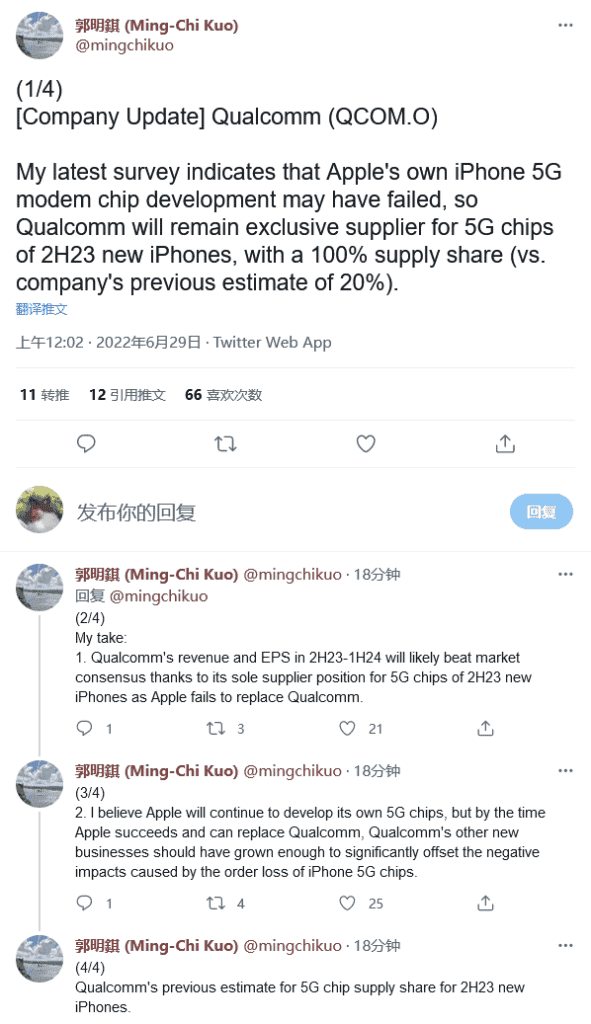 According to Apple’s plan, it will use self-developed baseband chips next year, while TSMC is still their exclusive foundry. The chip will use the 5nm process with an annual production capacity of 120,000 pieces. In fact, Qualcomm hints that Apple’s in-house baseband will soon be put into use. The company also hints that its share of iPhone baseband orders will drop to about 20% in 2023.

Why is iPhone 5G baseband delaying

Regarding the reason for the delay, people in the industry chain claim that the baseband is different from other chips. Since the design and production are not direct, there is a need for testing in a full range of different operators. This process is long, and the pandemic did not help matters. All these are slowing down Apple’s progress.