In addition to hardware, Apple is also fully promoting the development of the service business. So, is Apple planning a major acquisition in services? In this regard, Apple CEO Tim Cook did not rule out any possibility. Apple announced its fiscal 2022 third-quarter earnings report, which again set a record for revenue and exceeds analysts’ average expectations. On a conference call with investors, Cook reiterated that he would not rule out a major acquisition. However, he clearly states that the company will never make any move without a strategic plan. 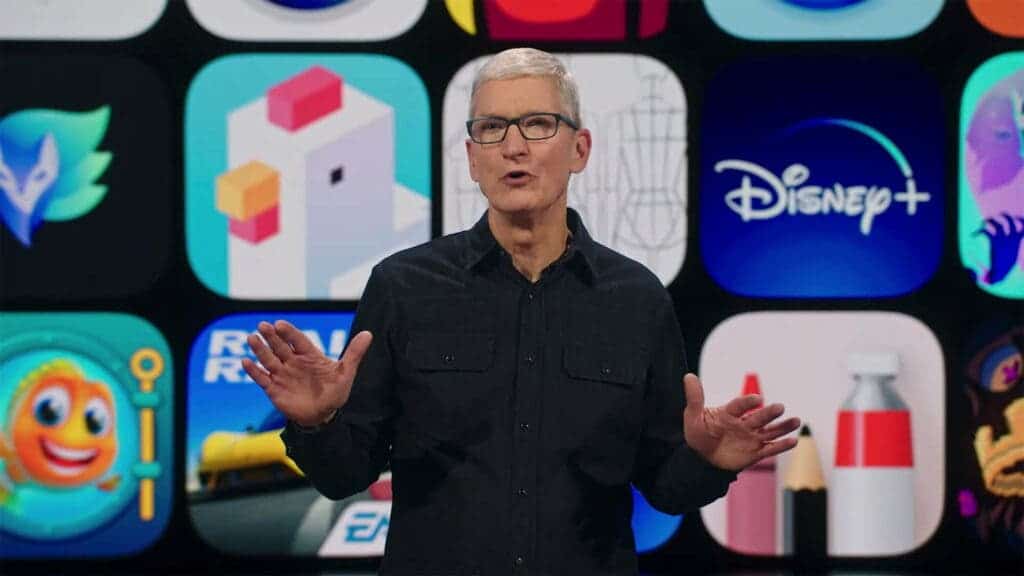 During the call, Tim Cook was asked about the services market, which is growing every year. Cook was asked if Apple is interested in acquiring “outside products” to further expand its services business. This question is geared toward Apple’s eventual acquisition of streaming giant, Netflix.

Apple will buy if it makes sense – Tim Cook

Of course, Tim Cook didn’t provide details about Apple’s strategy, but he did say that Apple is “constantly watching the market” for potential acquisitions and that Apple isn’t ruling out acquiring a major company if it makes sense. However, Cook claims that Apple “never buys to buy” nor “just to increase revenue.”

Cook also emphasizes that, at least for now, Apple remains focused on acquiring smaller companies while recruiting the people who can add energy to the company.

“We’re always looking, we ask ourselves, is this strategic? We’re never buying for the sake of buying, and we’re never buying just to increase revenue,” Tim Cook said. So far, we’ve done scale comparisons. Small IP and people acquisitions. But I don’t rule out any future possibilities, we always keep an eye on the market.”

This isn’t the first time Cook has been asked about Apple’s acquisition of other big companies. As early as April, the Apple CEO said that the company is always looking for talent and would not rule out a large acquisition if it makes strategic sense. Many market analysts believe that Apple should acquire companies like Peloton or even Netflix.