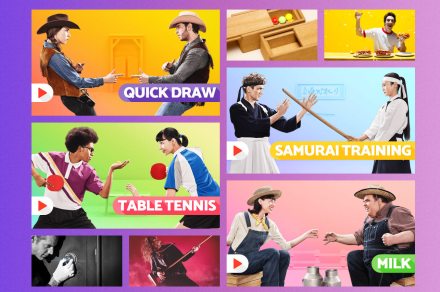 An unannounced sequel to one of the Switch’s launch titles, 1-2 Switch, is reportedly stuck in development hell after poor testing.

The story was broken by Imran Khan of Fanbyte, who previously leaked Strangers of Paradise Final Fantasy Origin and spoke to multiple credible sources about this Nintendo title. 1-2 Switch was a financial success for Nintendo, being one of the two first-party games launched with the system, but by no means a critical hit. Most considered it a poor substitution for the Wii’s launch title, Wii Sports, which was included with the console for free, while 1-2 Switch was a separate, full-priced title. Still, its success inspired Nintendo to start work on a sequel.

Fanbyte’s sources say that this sequel to the Nintendo Switch launch title is called Everybody’s 1-2 Switch, but has failed to impress testers and is stuck without a public announcement or release date as a result. Like the original, Everybody’s 1-2 Switch features short-form party games, although it also has a game-show style theme which would allow for a wider variety of game types and for more players to participate at once. New games mentioned in the report included Musical Chairs, Bingo, and a twist on Spin the Bottle where players would compliment the person chosen.

The host of the game was a bipedal horse-man simply called “Horse” and he would commentate over the games in the way the hosts in Jackbox Party Pack titles do. Unfortunately for Nintendo, playtesters apparently hated the games and new host. It was so poorly received that internal developers at Nintendo called the game “horseshit” as shorthand and even warned the company that releasing the game in its current state could harm Nintendo’s brand as a whole.

The fate of this project remains up in the air, with some sources reportedly saying that higher-ups still want to make it a full-priced release as cases for a physical release have already been produced for it. Meanwhile, others think Everybody’s 1-2 Switch would be better served as an addition to their Nintendo Switch Online Expansion Pack subscription service as it won’t draw as much criticism that way. It remains to be seen if Nintendo will ever publicly announce or release the game.