AMD has just revealed its Zen 4 architecture for laptops. In addition to that, the Taiwanese CPU and GPU maker also unveiled a timeline for releasing new hardware architectures over the next years. This also includes moving and upgrading to better nodes. The company has just confirmed that the new Ryzen 7000 series will use the upcoming Zen 4 architectures. The company gave a few details a few months back, and now brings more details on its upcoming products. 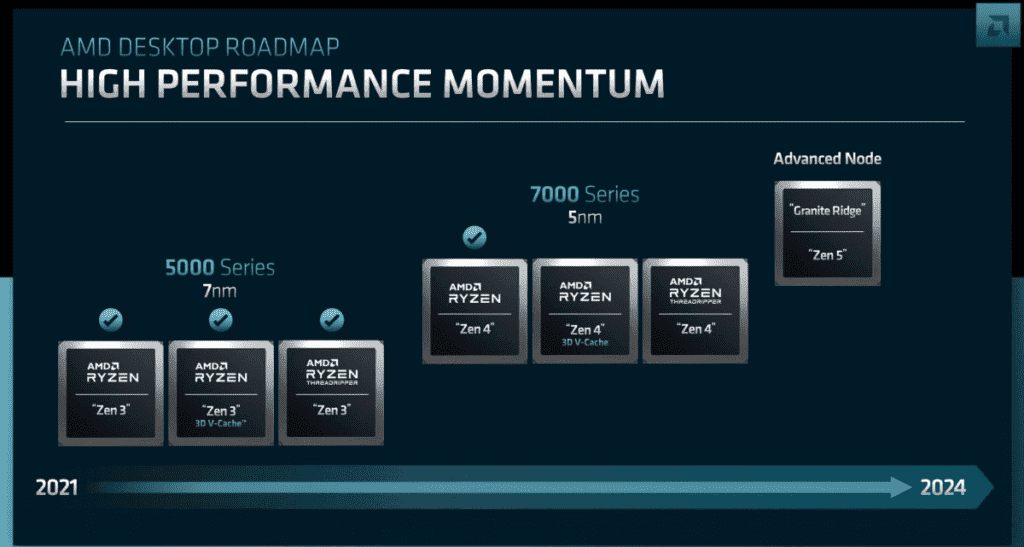 The Zen 4 architectures currently promise around 15% improvement to single-thread performance and 8 to 10% higher instructions Per Clock (IPC). Performance per Watt will see “significant generational” improvements of around 25% or higher. There will also be higher memory bandwidth that will go up along with the move to the newer DDR5 standard. The first desktops and servers will use the 5 nm process and will come later this year. The laptop’s chips will come with a better 4 nm node. The upcoming Phoenix Point will come with Zen 4 CPU cores and RDNA 3 GPU cores. The Phoenix Point is slated for the next year. After that, the company will present Strix Point, which will use the Zen 5 cores and RDNA 3+ GPU. It will come with a more advanced node, however, the exact node is still unclear. We can bet on a 3 nm process, after all, Apple is already moving to that. 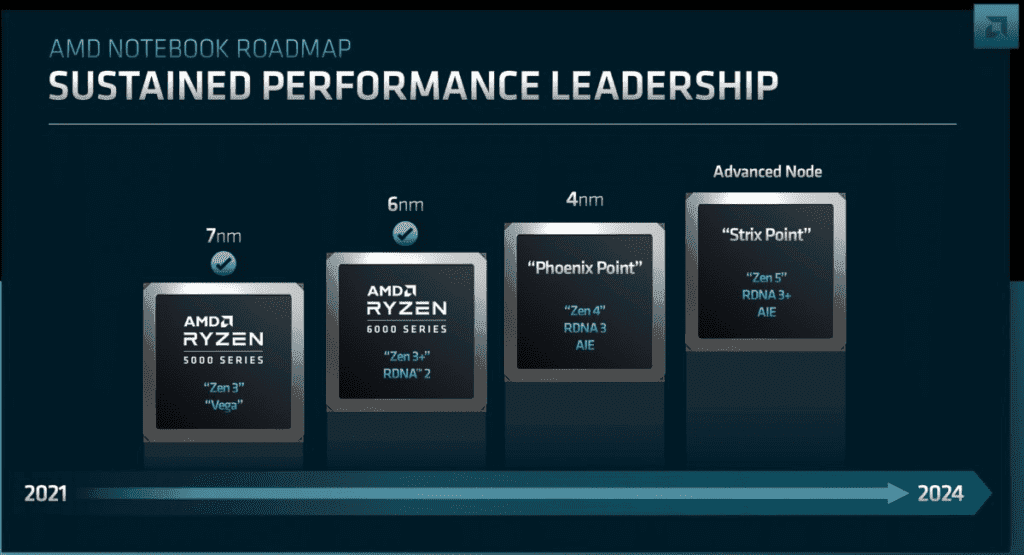 Zen 5 is currently described as an “all-new microarchitecture”. However, AMD is yet to detail this. Apparently, the first processors will come with 4 nm and 3 nm processes. The 4 nm is actually an optimized 5 nm, however, the 3 nm is completely different. As per the report, the first chips using the Zen 5 architecture will come by 2024.

The company also gave info on its GPU products. The upcoming RDNA 3 will use the 5 nm process and will be the first to use a chipset design. The company is also improving the graphics pipeline, will improve compute units, and will bring the second generation of on-die Infinity Cache. AMD also expects to see performance-per-watt of RDNA 3 improve by at least 50 percent compared to RDNA 2. There is also an RDNA 3+ which stands as an incremental upgrade. However, the bigger improvements are coming with the RDNA 4 in 2024. You can expect a smaller node and significant performance upgrades.