Huami is on a roll in the Indian market. After launching new Amazfit Bip models, the company continues with the release of the Amazfit T-Rex 2. It’s a rugged smartwatch with several improvements over the previous Amazfit T-Rex Pro. It includes a larger display and a bigger battery as well as improved GPS among others.

The Amazfit T-Rex 2 comes with 15 MIL-STD-810G ratings and also includes 10 ATM water resistance. The smartwatch can survive in extreme temperatures as low as -30 °C and up to +70 °C. There is also a circular 1.39-inch AMOLED touch screen panel with 454 x 454 pixels of resolution. It also has 1,000 nits of peak brightness which will ensure perfect usage under direct sunlight. The smartwatch will also bring Always On Display functionality. There are also four buttons. 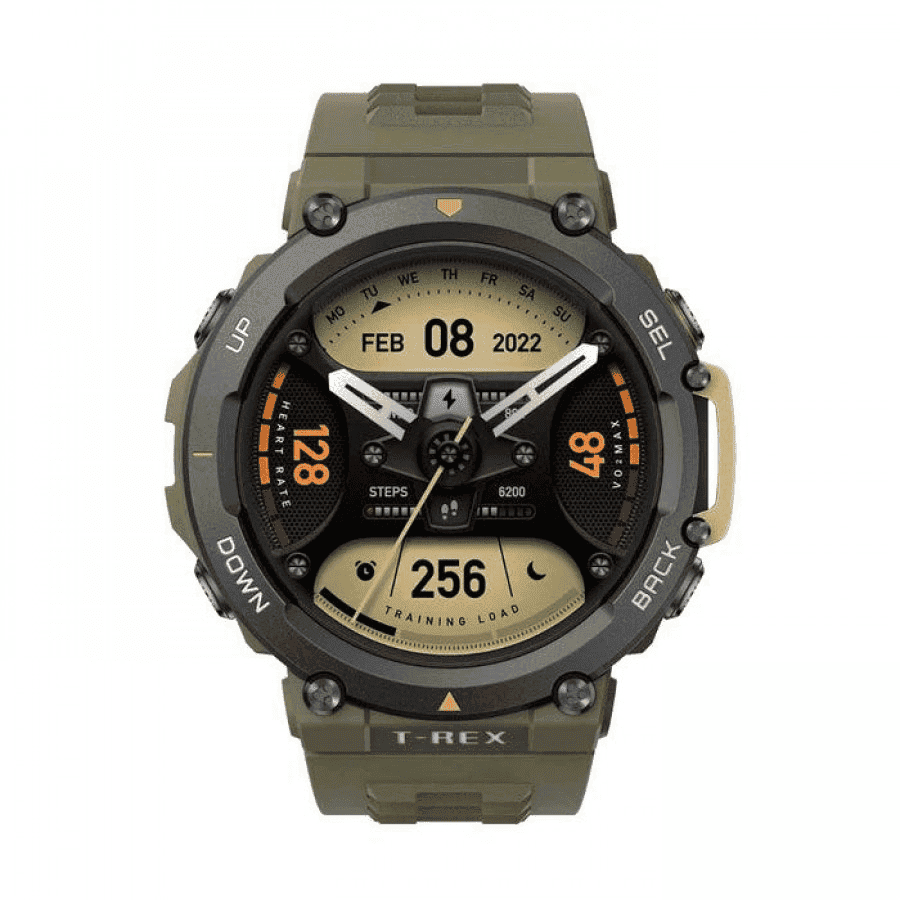 The Amazfit T-Rex 2 gets a BioTracker 3.0 PPG sensor. It brings six photodiodes that deliver all-day SpO2, heart rate, stress, and sleep tracking. The smartwatch can also track over 150 sports modes with detailed training and recovery data. The smartwatch brings dual-band GPS with support for all five major satellite positioning systems. Interestingly, the wearable comes to provide a long usage with outstanding endurance. The company advertises up to 24 days of typical usage, which we assume does not include intense usage of all features. For that reason, the company states up to 10 days with heavier tasks.

As usual, Amazfit will launch its smartwatch with the Zepp OS. It supports third-party applications, for instance, it’s possible to link the wearable with a GoPro camera through the app. The Amazfit T-Rex 2 is also available in Astro Black and Gold, Amber Black, and Desert Khaki colorways.

The Retail price is set at INR 15,999 which can be converted to $200. The device will be available through major retailers like Amazon India and Helios. Obviously, you can also get it from the Amazfit India. The open sales will begin on July 2.