Recently, The Verge reported that Adobe had commenced testing a free-to-use version of Photoshop on the web. After successful testing, the company will open the service up to everyone. This will become a good way to attract more customers.

Currently, users in Canada can access Photoshop on the web via an Adobe account. Registration is free. At launch, the service will be free. But there will also be select features available to paying subscribers only. As you understand, the free version of the platform will allow us to implement only basic tasks. However, for many users, that will be enough.

“We want to make [Photoshop] more accessible and easier for more people to try it out and experience the product,” says Maria Yap, Adobe’s VP of digital imaging.

In fact, Adobe launched its web version of Photoshop in October 2021. It was the lite version of the app that was capable of handling basic edits. Though we could work with Layers and core editing tools, the platform wasn’t similar to the app. Thus, it was a small tool allowing users to make some editing tasks, share images with others, leave some annotations, and make a couple of small tweaks. 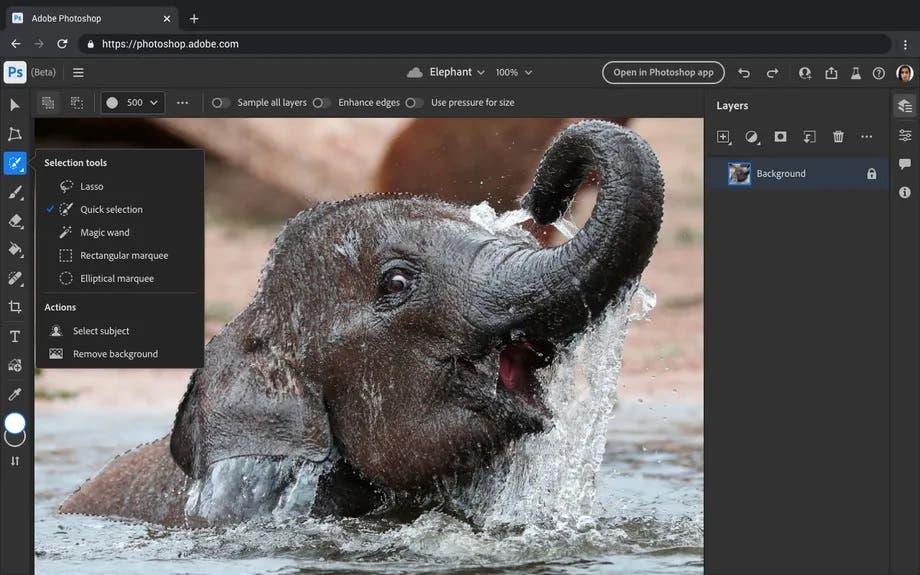 Nevertheless, the Adobe Photoshop on the web that is currently being tested has got many updates. We have to say it’s much closer to the app.

There are various reasons behind Adobe’s decision to bring Photoshop to the web. To start with, this is a good option for those who don’t need to buy a full version as they use it for a few times a month. The company has done the same for a number of its mobile apps, including Fresco and Express. Second, there are similar services on the web. So Adobe has to get its users back. Third, users don’t have to work on PCs with powerful hardware.

“I want to see Photoshop meet users where they’re at now,” Yap says. “You don’t need a high-end machine to come into Photoshop.”

Adobe hasn’t provided any information on when Photoshop on the web will be launched. But the company is actively working on it. So at launch, the service will be identical to the app.